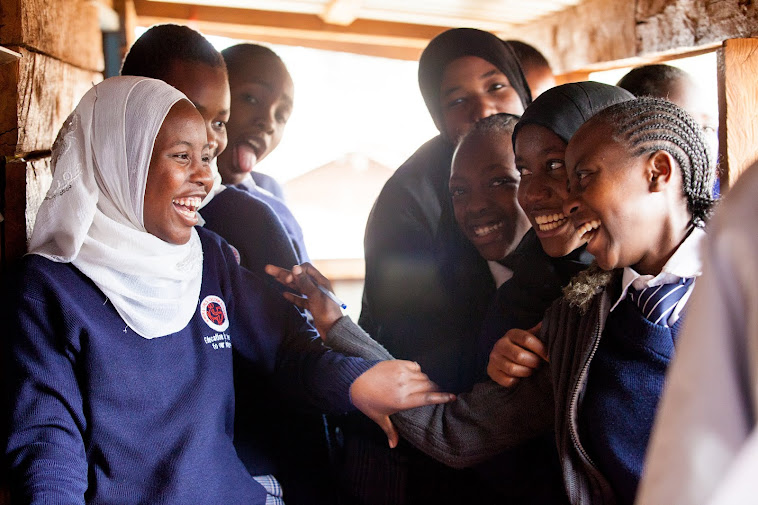 In 2011, the KGSA Foundation had quite an amazing year!  Take a moment and read about our accomplishments during this last year and share this link with a friend!

In no particular order of importance...

10)  A shipment of 2,000 books from Books for Africa arrives and completely fills our library for the first time.  This was made possible through the help and support of Dr. Robert Jones and the University of Minnesota's Study Abroad Learning Center that came to Kenya and visited the Academy the previous year.


9)  KGSA Foundation partners with Jamie McAlpine and the Umbrella Tree who provide the financial support to hire Christine Wanjiru Gakiu, our first female principal at KGSA!  When asked to write about her thoughts on education and women she said,
“I strongly believe in education as the key to success for girls who have in the past suffered under the African chauvinistic society.  It is my dream that one day everyone will have education within their reach and be liberated from poverty.”

8)  Ryan Sarafolean receives the Forward under 40 Award from the University of Wisconsin - Madison.  This award honors UW grads under the age of 40 who are making an impact in the state, nation and beyond.  To read more, visit www.forwardunder40.com

Facts on Water:
* In just one day, more than 200 million hours of women’s time is consumed collecting water for domestic use.
* In the developing world, 24,000 children under the age of five die every day from preventable causes like diarrhea contracted from unclean water.
* 827 million people live in slums around the world, most lacking safe access to clean water.
* According to the UN, someone living in a Nairobi slum pays 5 to 7 times more for 1 liter of water than the average North American citizen. 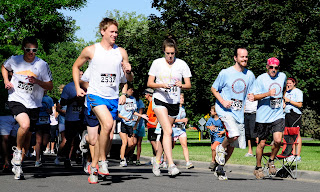 5)  Chelsea Geraghty and Julia Jones, two graduates from the University of Denver's Master of Social Work program, organize an annual 5K walk/race-a-thon to raise money for the Kibera Girls Soccer Academy.  Together, they raised just under $10,000!

4)  The Street Team is formed!  KGSA Foundation partners with Cretin- Derham Hall and establishes an internship with ten seniors that focuses on becoming a responsible, more effective grassroots organizer.  The Street Team played a crucial role in this year's annual benefit and helped raise over $13,000 for the Foundation.

3)  Thanks to Margery and Ian Punnett, Abdul Kassim and Ryan Sarafolean were featured on Channel 5 MN News through an episode of 'On the Road with Jason Davis.'  The episode connected with thousands of viewers across Minnesota and passed along the inspiring story of Abdul and the work of KGSA.

2)  Ellie Roscher, author of 'How Coffee Saved My Life,' has committed to writing her next book on the story of Abdul Kassim and the work of the Kibera Girls Soccer Academy.  Ellie will travel to Kenya next June to begin interviews with Abdul, the students, and staff at KGSA.

1)  Two of KGSA's very own students and soccer players, Commando and Achieng, qualified for the Kenyan national team for the Homeless World Cup tournament.  They traveled to Paris this August competed against the Netherlands, Brazil, Uruguay, and Mexico and ended up winning the entire championship 4-3 against Mexico!  The Homeless World Cup Foundation works with 70+ national grassroots organizations to promote their unique “homeless-to-work” model to policy makers, key influencers, the media and the public to shift the attitudes and policies towards individuals experiencing degrees of homelessness around the globe.


**If you would like to make a Holiday contribution to the KGSA Foundation, please visit our donation page HERE.  All donations are tax-deductible.  Thank you, we appreciate your support and generosity.
Posted by KGSA Foundation at 4:08 PM No comments: